So there’s an official Kali ISO for the Raspberry Pi 4. The question I have is this: Is it true that it’s easier to get hacked if you run Kali as your OS, because it’s used for pen testing, etc.? I can’t remember exactly where I heard that, but it was recent, from a tech channel. Maybe the person didn’t know what they were talking about.

Here’s why I want to know. I absolutely love, love, love Debian, but I can’t get the audio to work. Please don’t bother suggesting a fix. I guarantee you I’ve tried it. This has been going on for months. It works sometimes, but then randomly stops working, almost always after a reboot or on start-up, then sometimes it works if I reboot. Pulseaudio, Pipewire, modifying boot and config files, etc. etc. etc. You name it, I’ve tried it.

So here’s the thing. I don’t want to run Ubuntu, or Manjaro, both of which I can pull from the Raspberry Pi imager and problem solved. I’m so used to Debian’s package manager and I want a Debian-based distro. As you probably know, since the Rpi runs on ARM architecture, I’m very limited as to the distributions I can run, or else I’d probably go with Linux Mint Debian Edition or Peppermint OS (x86). Kali is the only Debian-based distribution I’ve found where everything just works for the Raspberry Pi, and I’m used the apt frontend for the package manager. I’m not going to run Ubuntu - Canonical - and after weeks and weeks of searching, it’s really my only option. I don’t want to run it to say “I use Kali”. It’s purely about functionality on the Raspberry Pi, because I’m really, really tired of having to troubleshoot all the time.

I’ve already been running it, and everything works perfectly. I’m in the process of removing and purging all the software I don’t need, because I’m not a pen tester or security expert.

So if I strip down the software to make it something more like a daily driver, is it safe to use? Thanks!

Given that Kali also uses Debian, I would think it would suffer the same issues. So would Raspberry Pi OS. Maybe with Armbian you’d have a better chance, as the people who make Armbian are usually updating the kernel pretty often.

To avoid Canonical and all the snap thing happening behind apt, you could go with Pop!_OS, which is available for the RPi 4. It uses Ubuntu at the base, yes, but it’s, at least IMO, much better than stock Ubuntu.

Personally, if Void and Alpine weren’t available for the Pi, I’d use Fedora. I have my own biases. My daily driver PC is the RPi 4 and I’ve been running Void on it, both with pulse and later with pipewire, I have had no issues with audio. But I wouldn’t recommend you run Void, since it is wildly different than other distros. I really think Pop!_OS would be a good fit for you.

The only issue I have with Debian is that the audio doesn’t work all the time. This is even documented in the Debian Wiki. As I explained in my post, everything works just fine with Kali. I’ve been running it for weeks now with no problems whatsoever.

I’ve already tried POP!_OS. The problem with it is that it’s only what’s called a “tech preview” and still under development. Will it work? Sure. But it lacks serious performance. As one review article says:

As you can see from the top image, Pop!_Pi eats about 1.25GB of RAM during the initial boot without any application opened. That’s not good news for those with 2GB or 4GB RAM on their Raspberry Pis, but I guess System76 still has some performance tweaks under their sleeves since this is a tech preview. - First Look At System 76’s POP!_Pi OS For Raspberry Pi 4, by 9 to 5 Linux.

I have a 4GB model, so I don’t want to run it until they improve performance.

I probably shouldn’t have even said anything about the Raspberry Pi though, because I knew it would turn into a discussion about that rather than the Kali operating system that I asked about. The only reason I did is so that I didn’t get the typical, you shouldn’t run Kali if you’re not a pen tester. Probably still will.

It’s GNOME Shell that uses 1.25GB of RAM or more at boot. If you change to something lighter, you’re not going to have that issue.

But going back to the main topic. IMO, as long as you are not running any services that you don’t need, you should be fine. If you even remove the software, even better. I don’t think Kali is running any custom kernel. It can in theory increase your attack surface, because you are running a lot of software, so there could be many libraries that could get exploited. But the chances of that happening are kinda low, especially if you are not accepting unfiltered traffic from the internet.

Just do a systemctl -l and do a list of whatever you don’t need. Then stop, disable and mask all those services, and finally, do an apt list and remove the software you don’t need. You should get close to stock Debian.

With that said, I don’t know if Kali is just a rebrand of Debian with security tools preinstalled, or if they are using their own repositories. If it’s the later, I would trust Kali less than Debian, because your software may not be up to date. But I don’t know how well Kali devs maintain their software.

Wow, I really appreciate all of that information! None of it went over my head. That’s my goal is to get as close to a stock Debian build as possible. From an initial search, I was able to find out that Kali does use some of the Debian testing repositories. I think I can actually modify it to pull completely from testing, or maybe even from stable. I’ll have to look into to how to do that. Even if I can’t though, I think I’m going to at least keep it on a USB.

I actually really appreciate you bringing up Armbian. I’ve run Armbian Jammy with the XFCE desktop before. It’s based on Ubuntu, and I really wanted to go for Debian. That’s why I didn’t wind up using it. That’s the only pre-made image they have available for download. I’m actually cloning the git repository and trying to do a custom build, and now I remember why I was stopped at this point before. I run the script and go through the set-up to make a image of Armbian Debian 11 Bullseye to flash to a USB, but it says I can’t do this on non-x86 architecture. I guess I’ll start a new topic about this in the Raspberry Pi section, because I’d really like to get this to work. Maybe I could try it in a VM.

Why aren’t you just using Raspberry Pi OS now that they have the 64-bit? You can still put different desktops on if you want, and it has to be lots less fuss than putting Kali, then taking out all the stuff you don’t want?

I actually installed KDE Plasma on 64 bit Raspberry Pi OS lite and ran that for a while. The performance is great. I mean, it is the OS designed for the Pi, based on Debian no less. But it’s because I have to make everything as hard as possible

No, I’m kidding. It’s because the raspberry pi foundation includes a Microsoft repository for VS Code, when they could have used VS Codium instead. So Microsoft has root-level access, and that’s no bueno for me.

I actually hit up a friend and they’re going to let me use their laptop to build an ISO of Debian 11 Bullseye from Armbian because I need to build it on an x86, and that’s what I’ll probably run on it until Debian can work out the bugs. I’ll probably keep tinkering with my Kali DE though. It’s become a project of mine.

You can easily remove the MSFT repository. 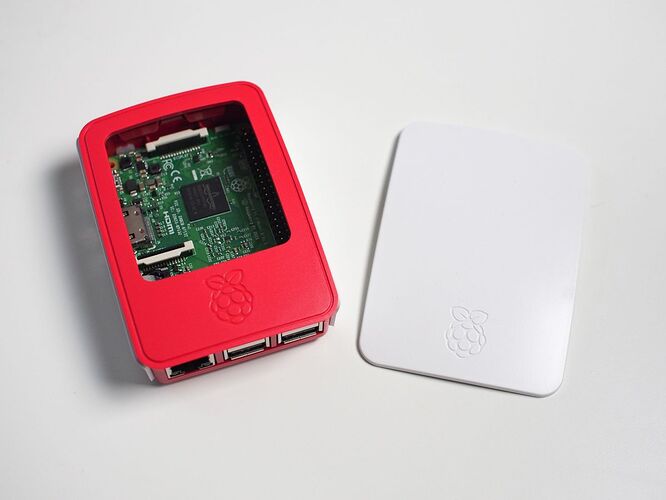 How to disable the Microsoft repo on the Raspberry Pi

The silent addition of a Microsoft repo to the Raspberry Pi OS has earned its share of criticism, but it can also be disabled.

Yeah, but that’s like taking back your girlfriend after she cheats on you.

and go through the set-up to make a image of Armbian Debian 11 Bullseye to flash to a USB, but it says I can’t do this on non-x86 architecture.

That’s pretty bollocks. I wonder why is there such a limitation? I wonder if there’s any software somehow not available for aarch64, or if they thought that cross-compiling is better for performance, or just that they didn’t want to bother to maintain 2 build systems and / or checks on the architecture.

Why would you use Kali Linux as your daily driver? I believe this is making things unnecessarily hard for yourself, since Kali is made with another clear defined purpose.

Yeah, but that’s like taking back your girlfriend after she cheats on you.

Now that is funny