Is there a way to change the opacity and height of the top panel and the bottom dock in Pop OS 21?

I have managed to shrink the dock to the smallest size and hide it intelligently but would like to make it transparent and also reduce the size of the top panel.

Are there any options to do this?

Although I’m not certain how to achieve this, I remember at one point Ubuntu included some sort of tweak in their GNOME implementation that did add transparency to the top bar. They later removed that tweak (I don’t remember why) but the fact that they had that at one point means it’s definitely possible. Perhaps there was an extension in a previous release they were using? That might help narrow it down.

Thanks for that Jay. I will leave this open to see if anyone else has any ideas where I might be able to find something that will make this possible.

Have you tried using GNOME-Tweaks? I think that’s how you change pretty much everything in GNOME Shell. I think you can edit some obscure settings in the terminal with gconf or something like that.

But as Jay said, Canonical used to enable transparency, then changed back, because that is not a feature endorsed by GNOME team and may cause issues with some programs or the shell itself. Or at least I believe that’s what they claim. But well, GNOME also don’t like the idea of changing the theme either, even if you use a fork of the default Adawaita (like Canonical does with Yaru, or System76 with Pop theme).

Hi Biky and thanks for your suggestions. I have tried Gnome Teaks but there is no option to change opacity or alter the height of the top bar or dock.

Yeah, then unfortunately you have to find the undocumented parts of GNOME and use gconf or whatever the tool was called. 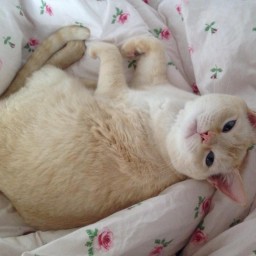 How do I resize GNOME shell top bar

In Ubuntu 12.04 vanilla GNOME Shell, you used to be able to:

Not sure if that’s still available though (I would guess not).

Apparently someone else asked on Reddit the same question regarding resizing the bar about a month ago:

r/pop_os - How can I change the size of the top bar?

As for transparency, I’m pretty certain that if there’s no gconf options, you’ll have to modify Pop!_OS’s GNOME theme stylesheet.css, which is totally not recommended.

At some point, there was an extension (3.32 is a pretty old version at this point)
https://extensions.gnome.org/extension/1708/transparent-top-bar/
But looking at the source code of the extension, apparently it was a modified CSS stylesheet after all…

This file has been truncated. show original

So, yeah, GNOME Shell and customization? Pretty much a no-go zone. Especially not sanctioned by the GNOME Team. Well, but again, they don’t even recommend changing the theme like Ubuntu does with Yaru and System76 does with Pop. Sometimes you have to sacrifice customization for stability. In Windows you can totally customize explorer.exe, but you are basically walking between landmines. Same goes for GNOME Shell. There are tools that allow you to modify stuff, but that’s totally on you.

I’m not saying your desktop will be unstable if you change themes (unlike on Windows if you use custom programs and shells), but you may encounter small issues, like a menu not showing correctly or something. Not the end of the world though.

Thank you for all your time spent on this. What I like a bout Pop OS is the stability and the fact that stuff works “out of the box”. As you say, this small bit of customisation is not going to be worth the risk of instability.

Once again, I really appreciate your help.