OS in your country

Stumbled upon some statistics about OS used in germany and I would like to now how common Linux is in your country. I will start with some numbers.

I must confess those numbers are a bit of a surprise to me. I expected Windows to be more popular and at the same time less MacOS users. I was hoping that the Linux userbase was growing a bit more.

Actually everyone I know is using Windows. I think its like 99% of all ppl I know in person use Windows. I know like 3 person using a Mac and all of them run a business. Actually Macs are not very common in Germany when it comes to private usage.

I do know maybe 15 people using Linux but none of them in person. All of them are friends I met on the internet and probably because they are using Linux (like you guys here).

So how is the situation in your country (guess most of you are from the USA?)

Have a great weekend

Forgot to add my source. Sorry. 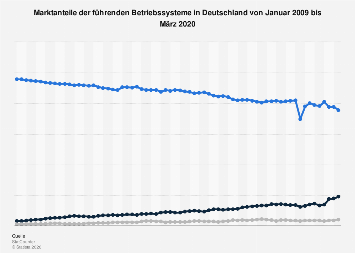 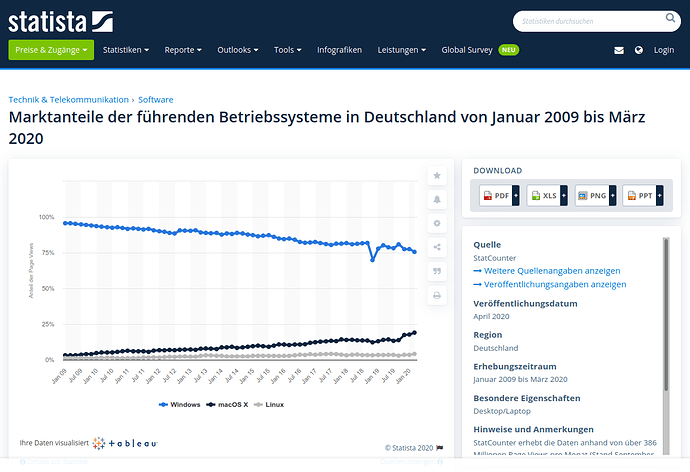 I think that true adoption numbers are very hard to quantify. There’s no single metric I’ve been made of to accurately track this. I think the numbers get close to the real thing, but it’s difficult to know for sure.

It is always difficult to ascertain how many in a particular country use different OSes. Apple and Microsoft possibly have an idea from sales and where the user logs on from. Google probably have an idea from those that use the play store. With regards to the European Union several years there was a move to get more countries to use Linux due to the costs involved with Windows and also the number of times they had been in trouble and fined for their business practices. I know here in the UK in Scotland a decade ago several local authorities said that they were migrating to Linux for similar reasons. However though there are lots that use Linux in the UK I have no idea of the percentages. If you look at the majority of schools and local authorities in England and Wales the majority ran Windows with the occasional Linux server. Things maybe different in current times and a lot of IT requirements are now farmed out.

I mean no offense to anyone at all, and this isn’t directed to anyone in particular. But I just find it strange how the general mindset of most people is to gauge the value of something based on how popular it is. If only a handful of people like something, it has value to me if it resonates with me. I’ve stopped caring if Linux becomes the #1 general use computing platform, or even if it can reach #2. It resonates with me, I enjoy it, and that is enough for me.

I can understand people that love Linux wanting it to dominate, in much the same way that they hope their favorite sports team can dominate the playoffs this year. At the end of the day though, if it resonates with you, nothing else matters.