I am using KVM to run a Windows VM on my Pop!_OS desktop, which works fine with NAT networking. The NAT networking allows Internet access but its not accessible to other hosts on the LAN, including my Truecore NAS. I need bridge networking, so will refer the Jay’s excellent Ubuntu server book that I found has a section on bridge networking…

I think it would be an interesting video topic, adding a KVM VM to a server or desktop and the setup for bridge networking. In fact I will report back here with my findings - the problems I had and solutions I found to it.

If you are using netplan, there should be a setting to create a bridge and set an IP address on it. Then you just bridge the eth0 of the VM in virt-manager to the bridge.

Or you can use the ip commands or nmcli to create a bridge.

I’m pretty interested in what you post about this. I have set up VirtManager on one of my Pop!_OS instance and it wont allow me to use bridged networking. Yet on a second instance of Pop!_OS I can just use bridged networking without any messing around. It just works out of the box. I haven’t taken the time to figure out why, but if you post your findings here I would be more than happy to read it.

Weird. I’m using virt-manager myself, although I’m not using Pop!_OS. I’m also using vlans, so I need to use macvtap to tap into vlan interfaces, but when I didn’t have vlans set up, I was just bridging it to the bridge.

You need to create a bridge, not have any IP address assigned to the main interface, assign the IP on the bridge if you don’t have a second interface, then use bridge interface on the VM.

And the ip interface should look a little something like this:

Yup. VirtManager must have already created the bridge interface. Running ‘ip a’ I found there was already a bridged interface. I just needed to fill in the name when creating a VM. On my other Pop!_OS instance it just fills in automatically. Simple. Thanks for sharing.

Pop!_OS uses Network Manager, and I found this page that I think will crack this fort me:

How to configure a Linux bridge with Network Manager on Ubuntu

This tutorial describes how to configure a Linux bridge with Network Manager tool on Ubuntu.

I’ve still not made this work - which is very frustrating. I have used nm-connection-editor on my Pop!_OS desktop to create a bridge, and attached it to the physical network adapter.

Before I do anything with the virtual machine I checked the interfaces on the host with ‘ip a’ and I can see the bridge, but it has no IP. So I think the DHCP address assignment is not working.

Here are my steps in nm-connection editor: 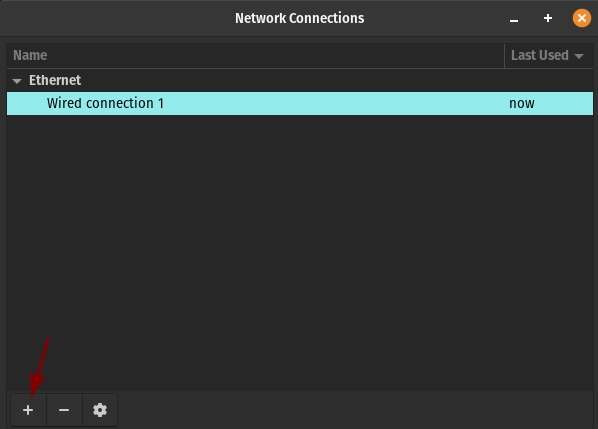 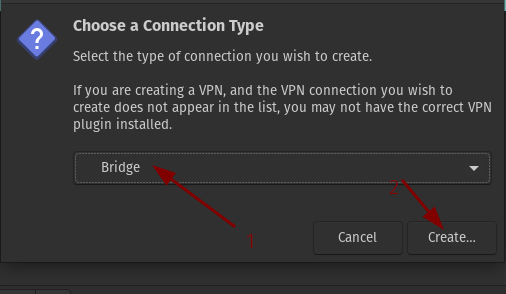 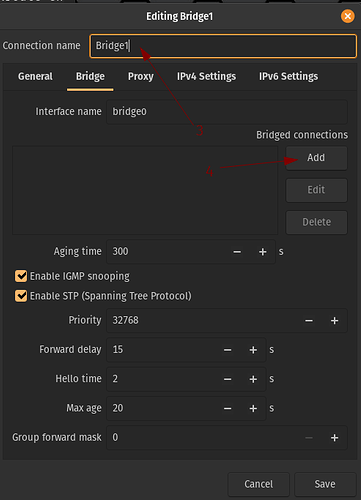 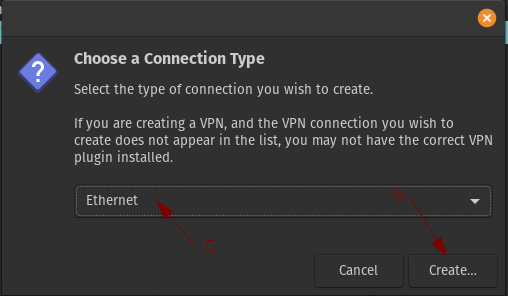 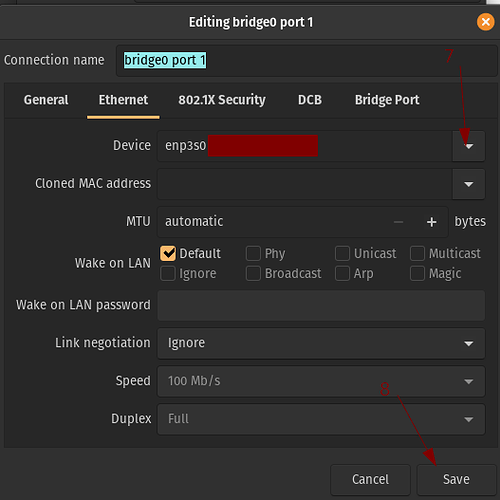 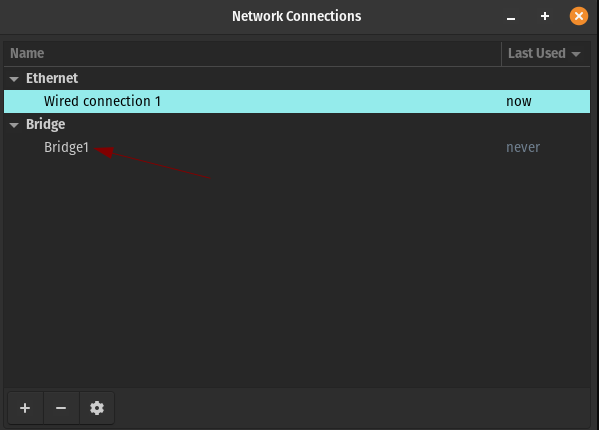 At this stage ‘ip a’ shows the new bridge but it has no IP address. The Bridge1 IPv4 tab ‘Method’ is set to ‘Automatic (DHCP)’. So I think I misunderstand something. Does anyone spot where I am going wrong?

Disable dhcp on wired 1, set it to manual. Enable dhcp on bridge and disable stp on it. Connection name can be bridge1, but make interface name vmbr0 (it’s a standard, might be some built-in kernel stuff to recognize vmbr).

Let me know if it doesn’t work, ip commands should work for sure.