Setting up a Windows to Linux Game Streaming Server

Originally published at: Setting up a Windows to Linux Game Streaming Server – LearnLinuxTV

There are many tweaks, hacks, and work-arounds for forcing Windows games to run on Linux. In this video, I’ll add another potential option to the list - a game streaming server! Streaming games isn’t necessarily a new idea, but in this video, I’ll show off a server build that I set up recently that allows me to stream Windows games to my Linux PCs. And who knows, another YouTuber might also make an appearance!

Hi everyone. I wanted to get away from commenting in YouTube in order to get away from the aggressive spam filtering. At first, I thought I would like to tweet Jay LaCroix regarding the idea of just centralizing a PC for Windows gaming instead of using Steam Play on Thelio for streaming Windows games into a Linux machine.

If you have Ethernet cables running throughout your house, you can put your PC in the server room and just have your keyboard, monitor, and mouse in your office. You can also get an active HDMI cable running from the server room to your office room as well. For USB devices such as a USB sound card, mouse, and keyboard, you can use an Ethernet-based USB extender.

As much as I do not want to spam, I would like to place a link to my blog article about my idea. 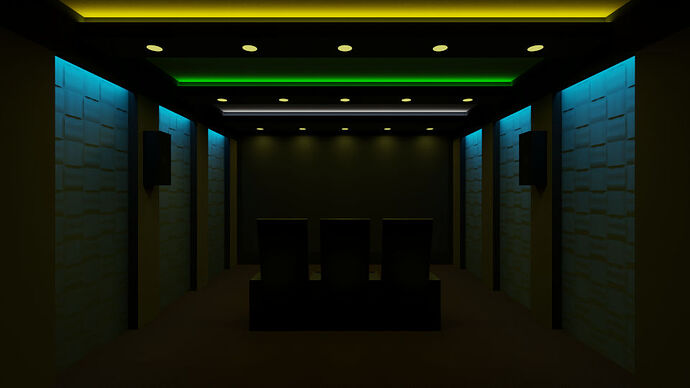 Grayson Peddie - My Dream Home of the Future: Computer in Server Closet; KVM...

When it comes to building a house, I would like to wire my future house for Ethernet and HDMI connectivity. The computer will be in a wiring and server closet and my essentials such as my mouse, keyboard, monitor, audio interface, and a couple of...

It’s only a thought if you want to get around problems with streaming games over a 10Gbit connection.

I just think that this forum is a much better place to share my thoughts than in YouTube, especially if I want to share scripts and contribute to the community.

Linus Sebastian of Linus Tech Tips did this and it seemed to work ok. If I recall, he was using a fibre link between the server and the USB/HDMI/DP adapter at the user end due to distance.